The first place that was actually called a "saloon" was at Brown's Hole near the Wyoming-Colorado-Utah border. Established in 1822, Brown's Saloon catered to the many trappers during the heavy fur trading days.
Decorations at these many saloons varied from place to place but most often reflected the ideals of the customers.  In the cowtowns of the prairies, one might see steer horns, spurs, and saddles adorning the walls, while in the mountains, a customer would be met by the glazing eyes of taxidermied deer or elk.  Often, there was the infamous nude painting of a woman hanging behind the bar. 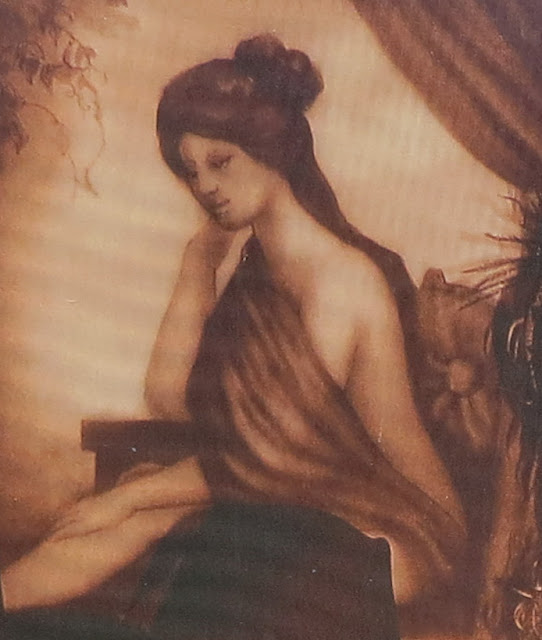 Earning as much as $10 per week, most saloon girls also made a commission from the drinks that they sold.  Whiskey sold to the customer was marked up 30-60% over its wholesale price.  Commonly drinks bought for the girls would only be cold tea or colored sugar water served in a shot glass; however, the customer was charged the full price of whiskey, which could range from ten to seventy-five cents a shot. 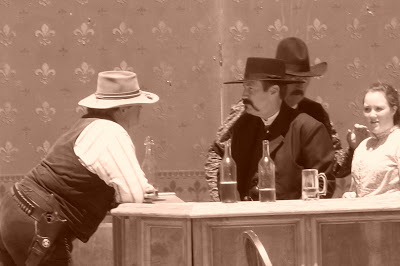 All information above is from Legends of America ~Saloons of the American West
I thought it would be fun to share some of the saloon pics I've taken through the years. 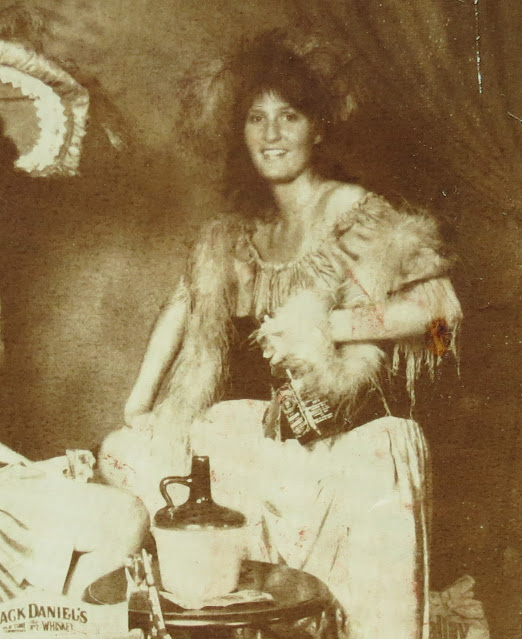 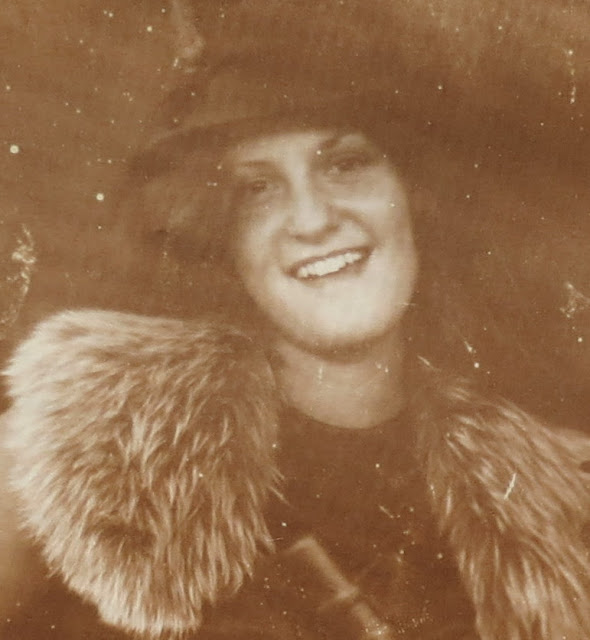 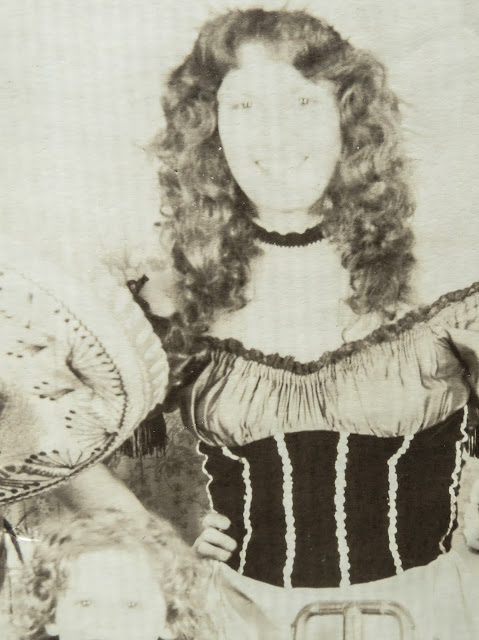 Even little Nel got in the picture when she was two. 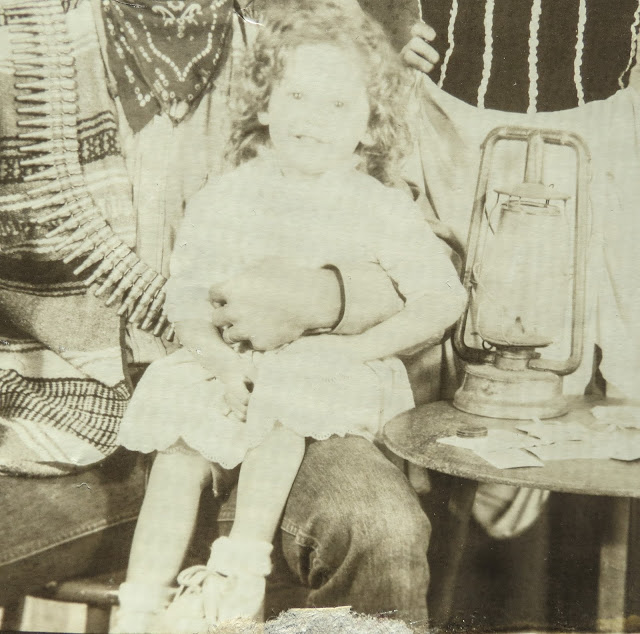 And here's Nel at a downtown shop trying on hats. 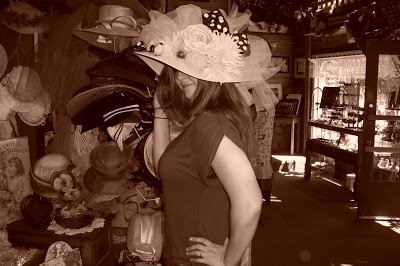 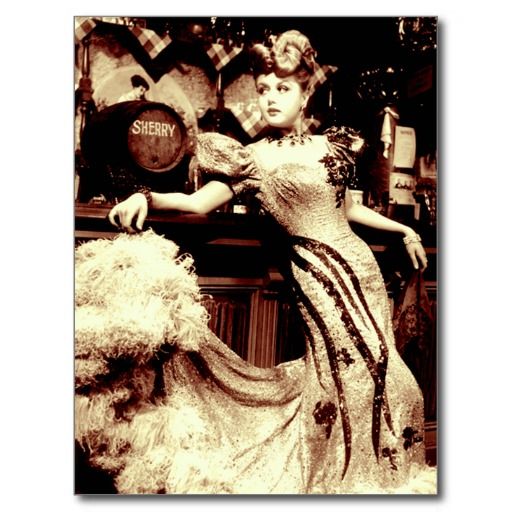 Looks like someone just got thrown out of the saloon. 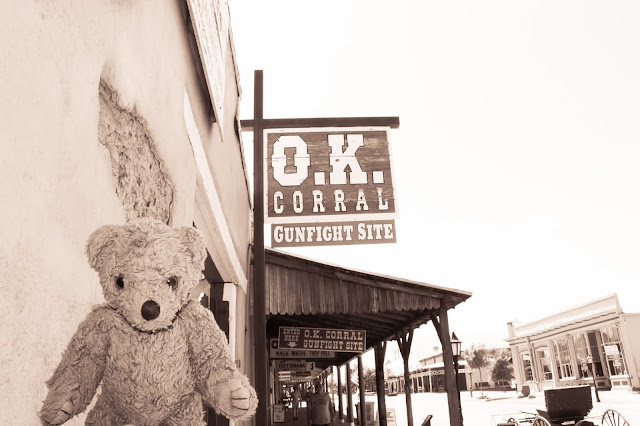 *Nel and Jess' traveling teddy.  They never travel without him.
~Sheri
Posted by Red Rose Alley at 6:00 AM

You made a very sultry saloon girl! You would have made a fortune! So fun, I always wanted to but never did get any photos like that. Those photos are treasures for sure.

How fun! I think I have a saloon photo too from when I was young somewhere. I'll have to try to find it. :)

Interesting information. When I lived in Alaska in 1969-70 there were speak easys and road houses.
Aren't those old tin type photos fun?

This was such a fun post! Love this! I learned so much !

These are such fun, Sheri! I love them all -- even the girls getting into the act!

I had a fun time watching you as a saloon woman - you are beautiful! Very cool.

Such interesting facts about saloons, Sheri! All of the photos are so cute with you and my favorite is the traveling teddy. Have a happy week!

Old time saloons are fun to visit and snap a picture or two. I particularly love visiting Columbia when I am down in California Gold Country.

This was such a fun post to read Sheri! You look beautiful as a saloon girl!

I watched the movie of OK corral in my childhood.
Thanks for your good guidance to saloons in the US history.

What a fun post Sheri. We always enjoyed a cowboy movie about the Old West, and two of our children have been to the OK Corral on their grand tour of the USA. You have had fun dressing up like a saloon girl - you are part of the legend!

SHERI! That was a great post! I love how you started off with the history of saloons then surprised us with photos of your own! I remember my father taking us to some "ghost towns" in Barstow and further into the interior when I was a kid. We frequented Knotts Berry Farm when I was very small and it was not as commercial with all the rides. It was just a great place to go and learn about the old west and eat at the restaurant!

So good to see you my friend.

That was an adorable post, Sheri. I never ever would have thought of you as a saloon girl but you make a beautiful one! ha hahhaa Interesting to think the only whisky they got was colored tea water. Oh dear. Cute post. Hugs. Susan

Cute photos
Those old saloon days are an interesting part of our history.

What a fun post Sheri. I visited an old saloon on my trip out west a few years ago. It is always fun to walk in old western towns I think.
Love, Carla

Your photographs are beautiful. I think of Miss Kitty on Gunsmoke when seeing an old saloon.

What a fun post Sheri! You are a beauty.
I remember traveling Teddy in your posts for such a long time.
Take care, and stay well.
blessings

Interesting about the girls drinks. I never knew that.
Your photos are adorable.
Lisa

I dressed up like a saloon girl many moons ago...one of my favorite costumes I must say!

Hey Sheri, so wild to think that you are still having cold winter weather. We went from freezing in the low teens on Tue a week ago to 70 this past Tue. CRAZY. I have had the back door open the last two days for the cats to roam in and out. I loved reading about the saloons. Nice info. Love the pics also. I have never had any done like that.

Sheri I was so enlightened about saloons. Did not know that the girls generally drank coloured water. Adore all your pics...the first one is a very classy lady. Hope you are settling into your home well. Bet you are looking forward to exploring more when spring arrives. Have a great weekend. Hugs!

Hey Sheri! I just saw you came to my blog post. I will only be sharing photos from now on, no "heavy" thoughts - you mentioned the painting and how it reminds you of me! That is exactly what the woman who sold me the painting said! I think the painting reminds me of my mother....my mother had very fair skin, a shade lighter than myself....perhaps the look in the girl's eye does resemble mine because I always have something up my sleeve in terms of ideas! Hugs to you my dear.

These were so fun to see!